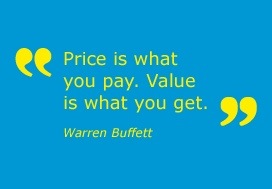 I found this amazing and crisp read (see below) this morning In NYTimes.com written by Farhad Manjoo.

The article sheds light into the ways the new internet driven business models like Uber, AirBnB etc. create value for their customers by bringing the ease and convenience to people’s lives, at a price.

Now, one interesting perspective is, if these services should come at a premium price or by a lower price saving cost compared to the best alternative choice for the customer. 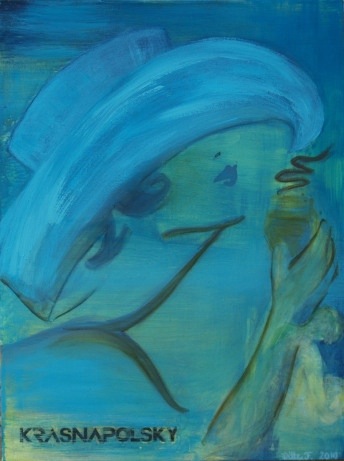 Do you want another cup of coffee?

Some would pay 1 dollar for a cup of coffee at McDonalds, other people would be willing to pay 10 dollars or more for the same sitting in a celebrity cafe around Wall Street; and again some would prefer the Starbucks experience. Last but not least you can brew your own instant coffee at a tenth the cost in your own kitchen.

So might there be a new business model for people sharing their kitchen and favourites tastes of coffee via an app like the likes of Uber and AirBnB?

Might I have found a new alternative way of creating value for the people enjoying a cup of coffee?

Should the value I create come at a lower cost or a premium to attract the most customers in the long term?

Might I attract millions of funding from VC’s funding my idea for my Silicon Valley start-up and fuel my passion and live the American dream?

It’s easy to get an amazing idea like this and maybe even get millions of dollars in funding from some hungry VC’s; but have you really understood the needs and value you bring to your customers when delivering your value propositions?

Have you truely understood your business model, the value you create in the mind of your prospective and existing customers and then the pricing strategy you choose to apply knowing this?

Value creation is not a one-dimensional game.

Your create value in the mind of your customers from the design and functionality of your fantastic app at a price.

But the app should also create the value of ease and convenience, saving your customers time. Time is money for some people and that again might save your customers both cost and give them the opportunities to earn more money.

This hopefully also will give your customer both the financial value ROI that will outweigh the TCO of the running the app, the risks of running it, the time using it, the hassle of installing it,  and the residual happiness not having this app in the first place.

The core values of these app starts at the intangible value creation being a timesaver, so elements of speed, ease and convenience in both use and within the customer service you deliver if the functionality breaks down are key value drivers that all impacts the value of the over all customer experience.

Last but not least you have to create the emotional value of being a part of the successful app community” Helping them “make this a better world for you and me” might be of value to your customers.

The on-going experience of your customers really feeling that they get all the value they expect from paying the price, will make them trust your app-brand over time, and you will then earn their recommendations to friends and family over a cup of coffee in your kitchen.

Now, please read and enjoy the insights and perspectives in Farhad’s article below:

The Uber Model, It Turns Out, Doesn’t Translate

By Farhad Manjoo in NYtimes.com

In San Francisco, as in most cities, parking is an expensive daily grind that saps the soul. So a year and a half ago, when I discovered the valet-parking app Luxe, the heavens parted, choirs began singing and double rainbows colored the sky. This, I was convinced, could be the next big thing.

Luxe solved parking with an army of smartphone-guided attendants who parked and retrieved your car at the push of a button. That sounds like a bourgeois luxury, but the real magic of Luxe was its underlying economics. By ferrying cars from popular areas to underused parking lots, Luxe’s founders argued that they had discovered a loose thread in the city’s parking knot. It wasn’t simply more convenient — at $5 an hour, with a maximum of $15 for the day — Luxe was also significantly cheaper than just about any other way to park.
Things have since changed, and not for the better. Luxe is less reliable, and prices have gone way up. Where I park in San Francisco, Luxe now often charges close to $30 a day, a rate that exceeds those of local lots, especially when you include the app’s suggested tips for valets.
Luxe disputes that there has been a shift in its business model or its target audience. The company says business is booming. But the uneven service and increased prices raise larger questions about on-demand apps, the battalion of companies founded in the last few years to get stuff done for customers in the real world, like food delivery, grocery shopping and parking.

Here is what we are witnessing: the end of the on-demand dream.
That dream was about price and convenience. Like Luxe, many of these companies marketed themselves as clever hacks of the existing order. They weren’t just less headache than old-world services, but because they were using phones to eliminate inefficiencies, they argued that they could be cheaper, too — so cheap that as they grew, they could offer luxury-level service at mass-market prices.

That just isn’t happening. Though I still use Luxe frequently, it now often feels like just another luxury for people who have more money than time.

So do a lot of other apps offering services across a number of industries. They are super convenient, but the convenience comes at a premium, which seems here to stay. Some of these services could make for fine businesses, but it is hard to call them groundbreaking. After all, paying extra for convenience isn’t really innovative — it is pretty much how the world has always worked.

Before we get to why many on-demand apps have struggled to achieve mass-market prices, it is important to remember why anyone ever thought they could: because Uber did it. The ride-hailing company that is valued by investors at more than $60 billion began as a luxury service. The magic of Uber was that it used its growth to keep cutting its prices and expand its service. Uber shifted from a convenient alternative to luxury cars to an alternative to taxis to, now, a credible alternative to owning a car.

Investors saw Uber’s success as a template for Ubers for everything. “The industry went through a period where we said, let’s look at any big service industry, stick ‘on-demand’ on it, and we’ve got an Uber,” said Hunter Walk, a venture capitalist at the firm Homebrew, which has invested in at least one on-demand company, the shipping service Shyp.

But Uber’s success was in many ways unique. For one thing, it was attacking a vulnerable market. In many cities, the taxi business was a customer-unfriendly protectionist racket that artificially inflated prices and cared little about customer service. The opportunity for Uber to become a regular part of people’s lives was huge. Many people take cars every day, so hook them once and you have repeat customers. Finally, cars are the second-most-expensive things people buy, and the most frequent thing we do with them is park. That monumental inefficiency left Uber ample room to extract a profit even after undercutting what we now pay for cars.

But how many other markets are there like that? Not many. Some services were used frequently by consumers, but weren’t that valuable — things related to food, for instance, offered low margins. Other businesses funded in low-frequency and low-value areas “were a trap,” Mr. Walk said.

Another problem was that funding distorted on-demand businesses. So many start-ups raised so much cash in 2014 and 2015 that they were freed from the pressure of having to make money on each of their orders. Now that investor appetite for on-demand companies has cooled, companies have been forced to return sanity to their business, sometimes by raising prices.

Look at grocery shopping. Last year the grocery-delivery start-up Instacart lowered prices because it thought it could extract extra revenue from supermarket chains, which were attracted to the new business Instacart was bringing in.
That has panned out only partway.

A representative told me Instacart’s revenue grew by a factor of six since the start of 2015, and it has been able to use data science to find efficiencies in its operations. But the revenue from supermarket chains wasn’t enough to offset costs, so in December, Instacart raised delivery charges to $6 from $4 for most orders. It has also reduced pay for some of its workers.

The changes are in line with a drive toward profit. The company said it had stemmed losses in its biggest cities, and aimed to become “gross-margin positive” — that is, to stop losing money on each order — across its operations by the end of April.

Or consider delivery services. Postmates, one of the most established on-demand delivery start-ups, began as a premium service that charged extraordinary fees — 50 percent isn’t unusual — for the convenience of getting just about anything delivered anywhere. That premium has kept the company’s unit economics in the black.

Postmates does not lose money on the bulk of its orders.
But high prices left the company vulnerable to lower-priced competitors, including the relatively newer entrant DoorDash, which has received piles of funding from Silicon Valley venture firms (the company announced a $127 million funding round on Tuesday after struggling to raise some of the cash).

Last year, Postmates began offering a cheaper service in which restaurants kick back some of the delivery fee in return for the promise of more orders; that price is $3 or $4 for a food order, not including a tip. But so far, that service represents 30 percent of the company’s orders. DoorDash, which charges $5 or $6 an order, has a similar business model, which charges restaurants a commission for each order.

Is a fee of $3 to $6 for deliveries of groceries or food a mass-market price? For many people, the savings in time is worth the price. But the median American wage is around $20 an hour, so a fee of even a few dollars is a costly premium.

Instacart, Postmates and DoorDash say they see opportunities for lowering prices as they grow. They are hoping for efficiency gains that come with volume, like bundling two or three orders in each delivery.

But it is wise to be skeptical of claims of future price cuts. Last year, Tri Tran, the founder of the food-delivery company Munchery, told me he expected prices for most dishes on the service to come in at under $10 a person. Today Munchery’s prices are pretty much unchanged. When I asked the company what happened,
I got no real answer from a representative.

That brings us to Luxe. A spokesman told me that the problems I was seeing were caused by high demand. The company is growing at 40 percent every month, which has caused hiccups in service. Luxe has no further plans to raise prices and thinks its current model can generate significant profit margins, and lead to lower prices, as it scales.

As a user, I hope so. But I wonder. The lesson so far in the on-demand world is that Uber is the exception, not the norm. Uber, but for Uber — and not much else.

Correction: March 23, 2016
An earlier version of this column misstated Instacart’s projection of when it will stop losing money on each order. It is the end of April, not the end of the year.

Leave a Reply to anderschristianhjort x