I just read this great article on HBR.org by my clever friend David Rock: 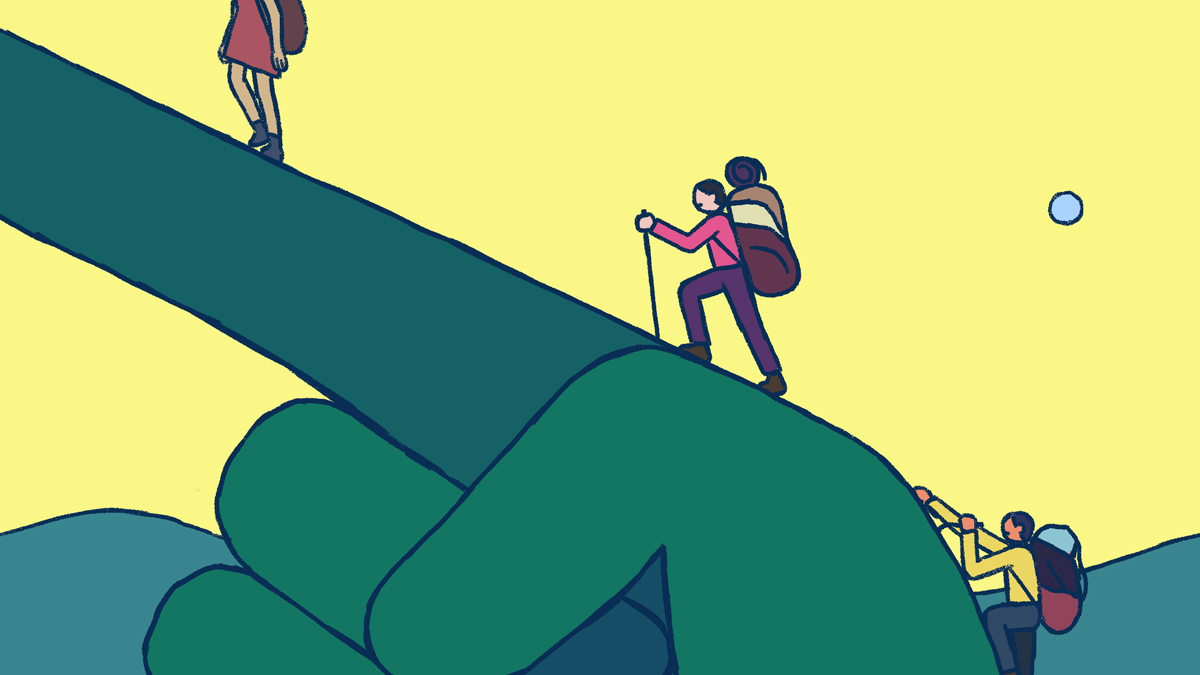 When Joe Whittinghill came into his role as general manager for talent, learning, and insight at Microsoft, the tech giant’s leadership model was characteristically thorough. There were eight competencies leaders needed to succeed, 10 behaviors that marked inclusive diversity, five things employees had to do in order to flourish, and over 100 skills you needed to train on, depending on your profession. These components “were not memorable,” Whittinghill said. “They were exhaustive.”

As part of Microsoft’s cultural refresh, Whittinghill — along with CEO Satya Nadella and chief people officer Kathleen Hogan — partnered with us at the NeuroLeadership Institute to revisit Microsoft’s leadership principles. After about a year of thinking things through, we went from over 100 competencies to three big ideas: Create clarity, generate energy, deliver success.

This is what you might call a radical departure, especially for a company that put a personal computer on every desk through painstaking thoroughness. “There is a dramatic leap of faith needed to agree that you don’t need to be complex to be complete,” Whittinghill says.

Today those leadership principles, which premiered in mid-2016, have spread across the company. “Clarity,” “energy,” and “success” have become part of the way Microsoft talks to itself about itself.

For anyone interested in developing leadership — in themselves, in their companies — it’s a huge lesson. Whether you’re in talent management, human capital, or learning design, it’s crucial to understand that for employees to make the most of any sort of internal branding, leadership principles, cultural values, company strategies, and the like have to be designed with the brain in mind.

If principles are going to be used, they have to be easy to remember

The objects we call books aren’t the realbooks, observed contemporary American essayist Rebecca Solnit. They’re the potential for one; the real book “exists fully only in the act of being read,” she writes. So too with leadership principles: They only really exist if employees are thinking about them, saying them to themselves, bringing them up in conversation with colleagues. The principles have to get stuck inside their heads like a pop song.

Drawing on the neuroscience literature, we realized that the right model would be pithy to the point of ready recall. (Simply put, the harder it is to remember something, the less it’ll be remembered.) Working with NLI, the Microsoft senior leadership team came up with six words to maximize memorability — create clarity, generate energy, deliver success — based on what they believed were the most important things that leaders at Microsoft would need to do to lead the company forward.

The key is to find the word or phrase that captures the priority you’re trying to invoke. Create clarity sought to focus everyone on creating more-compelling products and solutions with the customer even more in mind. Generate energy was needed to turn the culture to even more innovation. Deliver success served as a reminder of what truly mattered most.

But becoming easy to remember is hard to do

Microsoft had historically tried to arrive at a leadership model the same way most companies do: by way of subtraction. That means taking a framework of half a dozen categories, with five to 10 elements each, then shaving it down from there. This is incredibly difficult, because it feels painful to leave anything out.

There’s an assumption underlying this that makes sense for a tech giant. We often assume that human memory is like a computer — capable of right-clicking on anything important and saving it without incident. But rather than hardware, we have wetware, and the organ inside our skulls can handle only so much information at once.

Instead of editing down, you have to start with boundaries around how much information people can recall easily, then put the most important things into that space. Just as you’d design an app according to the capacity of a device, you need to design language to the capacity of a brain.

Brain scientists call our recall of sounds echoic memory, and it lasts for only a handful of seconds. It turns out that if a statement takes less than three seconds to say to yourself or say out loud, it is significantly easier to recall and use. Any time you craft an idea that you want people to remember easily, if the idea can be said out loud in under three seconds, the chances of usage go up dramatically.

Unobvious benefits come from getting pithy. It’s a bonus that stems from one of the fundamental insights of cognitive science, known as chunking. Basically, the mind can hold a limited number objects of attention at once. The formative paper on the subject is aptly titled “The Magical Number Seven, Plus or Minus Two: Some Limits on Our Capacity for Processing Information.”

Since clarity, energy, success is so simple and cohesive, it can be readily held in mind as a single chunk, ready to guide decisions — a second chunk — in real time. Did that meeting generate energy? Does that marketing plan create clarity? When you’ve boiled down leadership principles to their pith, you can hold them in your mind while evaluating other things, helping to guide decisions on the fly.

These principles have buried themselves in my brain, too. When I’m hiring someone or thinking about a new product, I check with myself to see how much the decision will create clarity, generate energy, and deliver success. I’ve learned firsthand that the more leadership principles get concise, the more you can put them into action.