Today I stumbled on this interesting contribution on LinkedIN from Chairman at Jet Blue Airways, Joel Peterson.

He illustrates some of the key behaviors and best practices that Huthwaite Research has uncovered around skilled negotiatiors, and what they do differently compared to their average peers.

The main 5 topics covered in his article are in Huthwaite terms:

Although there is more to negotiation than this – actually 16 additional negotiations skills to master – Joel’s article below is definitely worth reading.

Negotiate Great Deals, Without a Fight 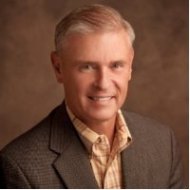 In Hollywood’s stylized version of business negotiation, executives fight a verbal battle from either side of a conference table, flanked by teams of attorneys, consultants and bankers. Traps are laid, power asserted and threats made until one side maneuvers the other into a corner. Up steps the Gordon Gecko character to coldly declare himself the victor: “It’s not a question of ‘enough,’ pal. It’s a zero sum game — somebody wins, somebody loses.”

Thanks to these fictions, many people think the point of negotiation is to maximize your immediate economic gain, with no regard for the impact on the other side. Indeed, a cottage industry has sprung up with self-styled negotiation experts offering ways to keep prospective employers, suppliers, and other adversaries on the ropes.

But in the long term, treating negotiation as a boxing match will mean a lot of unnecessary headaches, and punches that should have never been thrown.

It’s easier on your psyche, and your business’s health, to instead think of the process as a conversation – one in which you’re “solving for fair.” Almost all negotiations are serial, not episodic, so imagine that you’re slowly building a brand: a reputation that will follow you for your entire career. Extracting one killer deal from your counterpart can turn out to be costly in the long run. For one thing, you might forfeit the chance to do more business with him or people he’s close to. For another, you may have done nothing more than to create an unstable agreement.

Practicing and internalizing the following attitudes can help shape the way you operate while you’re at the negotiating table:

1. This is one conversation in a longer narrative: Over the course of your career you’ll engage in thousands of negotiations. Earning a reputation for “getting your way at any cost” is not the way you want to go. Trust me: while people may forget the result of one exchange, they won’t forget how they felt if you dismissed their concerns or treated them disrespectfully. You’re not obligated to make sure the other side gets a great deal, but you do want them to walk away feeling satisfied and respected. If they do, the opportunities that will come to you in the future will more than compensate for whatever you gave up to ensure a fair deal.

2. Consider the other side’s interests: Understanding that your negotiating partner’s interests are real conveys respect and empathy. If they can see you’ve made an effort to understand their perspective, they’re likely to be less defensive and more willing to engage in honest dialogue. That makes it easier to find a solution that everyone sees as a win. Think of your goal as putting a fair price on what the other party wants. It’s up to them to decide if their demands are worth the price you’ve set. You’ll know you’re getting close when you can describe their needs in a way that satisfies them, and they can acknowledge the price of what they’re asking for.

3. Directness beats psych-out tactics: Many people start negotiations by assessing who has more legal or economic firepower, and who’s more willing to walk away. This power-only mindset can negatively charge a discussion and get it off on the wrong foot. You can avoid that by focusing first on the principles both sides agree on.

Former Chrysler boss Lee Iacocca summed up his approach to negotiation in one simple principle: “Being honest is the best technique I can use. Right up front, tell people what you’re trying to accomplish and what you’re willing to sacrifice to accomplish it.”

4. Aim to create value for all parties: This flies in the face of Hollywood’s last-man-standing version of negotiation. But if your “opponent” benefits from doing business with you, and you walk away satisfied too, you’ve created two wins instead of one. Strengthening your relationship with the other party can mean more business, more referrals, a stronger brand, and more durable agreements.

5. There’s power in inquiry: Most people will tell you what they want out of the negotiations if you ask the right questions. In negotiation, as in life, doing more listening than talking is a good rule of thumb. You’ll usually be negotiating five kinds of issues: price, terms, time frames, representations and warranties, and remedies. Asking probing questions about the other party’s perspective on each of these can yield insights into how to structure the deal. If the other side tells you their chief concern is price, for example, you may be able to set the terms if you’re willing to meet their price number. Understanding the interdependence of these five elements can help make for win-win agreements.

Finally, keep in mind that you want to choose the kinds of people you’re negotiating with whenever you can. It’s tough to hold productive discussions with people who get no joy out of the process, and who prefer Gecko-fighting over finding creative solutions to challenging problems. As Trammell Crow used to tell me, “You can’t do good business with bad people.” And you can’t come to fair and lasting agreements with people whose only concern is their own short-term gain.

About Anders
Anders credentials you will find here on Huthwaite Internationals website and on LinkedIN you will find recommendations and endorsements from clients, colleagues and friends during his career: